his time he won’t get away!Discover the pocket version of Mr. Jack, the favorite investigation game of strategy game players!As in the board version, a player takes on the role of the inspector trying to unmask Jack the Ripper while the other player takes on the role of the fleeing criminal. The difference is in the game mechanics: the infernal pursuit now takes place on a board that’s 3 squares to a side, each square representing both a London street and one of the nine suspects. around the board are placed a Holmes, a Watson and a police dog token. On each turn, the first player (the inspector or Jack, in turn) uses 4 action tokens which allow to move the investigator tokens, to reorient the tiles or to draw a “suspect card“. A suspect is visible only if the investigator can see that suspect in the streets in front of him. Suspects hidden by buildings are invisible.At the end of each turn, the player in the role of Jack must say if the guilty character is visible or not. If that character isn’t visible, Jack earns an hourglass.If the Jack player can earn 6 hourglasses, that player wins the game (knowing that hourglasses are earned by remaining invisible and by drawing “suspect“ cards). The inspector wins if there’s only a single suspect left at the end of a turn.

Witness Board Game by Asmodee 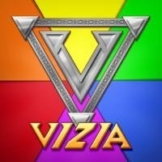